What happens when someone is facing criminal charges?

What to expect and how to protect your rights 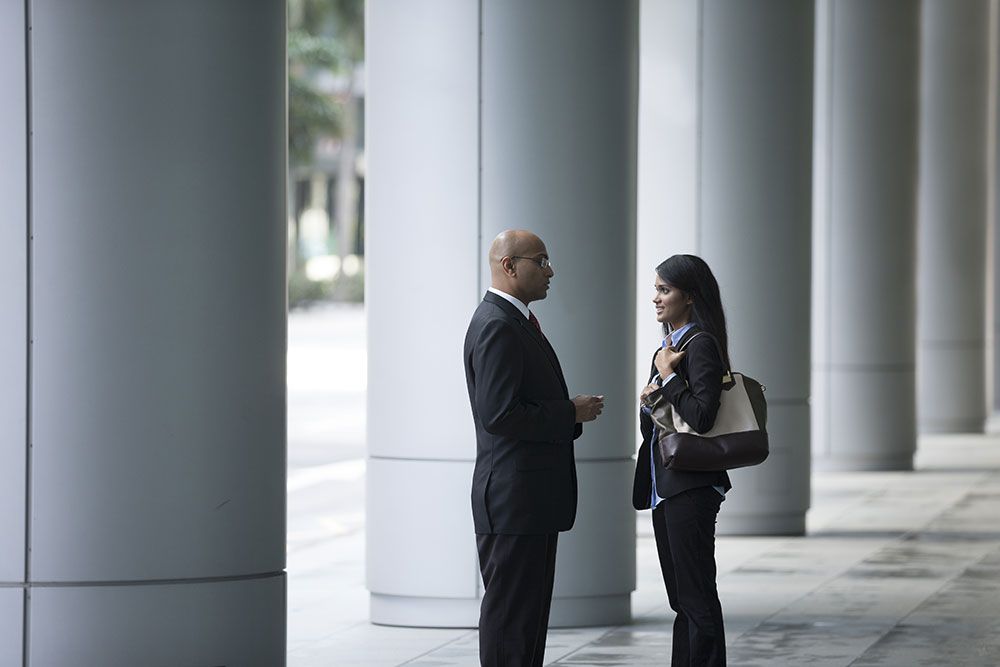 If you’ve been arrested or are facing criminal charges, you'll want to know what to expect. Being suspected of a crime does not necessarily mean you’ll be charged or convicted, but it is important to protect your rights and build your defense from the start.

If you’ve been arrested, it means the police have enough evidence to believe you committed a crime. You don’t have to answer any questions without a lawyer present.

The arresting officer will take you to jail, where you’ll be booked. This generally involves taking your picture and fingerprints, then confiscating your personal belongings. You may be placed in a holding cell.

For some misdemeanors there’s a preset bail schedule, and you can simply pay at the police station. You are then free to go until your next court date.

Some states allow you out on your own recognizance for minor crimes. This means you don’t pay any money, just promise to show up in court as scheduled. If you can’t afford the bail amount, you’ll have to stay in jail until your hearing. For serious crimes, you may be held without bail.

At this point, you haven’t been charged with anything. The police will write up a report of the crime and give it to the prosecutor.

The prosecutor will review the police report to decide if there’s enough evidence to file criminal charges. If not, your case won’t go any farther.

If the prosecutor does file charges, you will have your first court appearance, usually within 2 or 3 days of your arrest. This arraignment or initial appearance is where the judge tells you the charges against you and you enter your plea. It’s a good idea to talk with a criminal defense attorney before deciding on your plea.

If you plead guilty, the next step is your sentencing. If you plead not guilty, you may get another court date (depending on your state’s procedures), called the preliminary hearing.

If you didn’t get bail or couldn’t afford bail, this is also where the judge can set or lower your bail amount.

If the judge or grand jury agrees your case should go forward, it will be sent to the court for trial. At this point the charges against you may change, with new or reduced charges. The charges may also be dismissed if the prosecutor doesn’t prove the case.

An experienced criminal defense lawyer may be able to help you avoid charges entirely, especially if your arrest was the result of a misunderstanding and you’re innocent.

Even if you’re guilty, your lawyer may be able to get mediation for a minor complaint. Another option is a civil compromise, in which you pay for any damages in exchange for avoiding criminal charges.

More often, your lawyer will investigate your case after charges have been filed and try to find reason to dismiss the charges. For example, the evidence may contradict the victim’s story. Or, your lawyer may be able to get important evidence suppressed, so the prosecution can’t use it at trial. If this damages the case too badly, the prosecutor may decide they cannot win and drop the charges.

Most criminal cases never get to the trial phase. Instead, the prosecutor may offer you a plea deal, with some compromise from both sides. For example, you may plead guilty to a lesser crime in exchange for a shorter sentence.

You are not required to accept any deal.

If your case does get to trial, the prosecutor and your lawyer will take turns presenting evidence and questioning witnesses. The judge or jury then decides if the prosecution proved its case.

If the verdict is guilty, the judge sentences you.

Getting you arrest sealed or expunged

Once your case is over, you may be able to have your records expunged (erased) or sealed (removed from public view). The exact procedure for doing this, as well as which records are eligible, varies by state.

In some states you can only have arrest records sealed, and only if you were never charged or the charges were dropped. Some states allow sealing of some misdemeanor and non-violent felony convictions.

The general procedure is to file a written request with the court that handled your case. You may also need to send copies to the prosecutor and the police department. The court may require you appear in person to prove you qualify.

Sealing a conviction (where available) also requires you have completed your sentence. There may also be a waiting period, during which you must not have committed any new crimes.

Criminal cases are each different and laws change often. If you are facing criminal charges, it’s a good idea to talk with a criminal defense attorney before talking with the police.

Find a Lawyer
Legal Guides
Pay Money: What is Med-Pay, and Why Should You...
New Crime: What Happens If You Violate Your...
Felony Conviction: How to I get my Criminal...
Felony Conviction: Indiana's Second Chance Law...
Answer Question: How to Complete a Claimant...
Court Date: COURT APPEARANCEU.S. 101: What You...
Misdemeanor Sentence: What are the Different...
Judge Sentence: Arizona Criminal Case Flowchart
Violent Felony Conviction: Calculating Jail...
Lawyer Present: What To Do If You Stopped For...
Lawyer Present: Why you should never talk to...
Attorney Talk: Understanding attorney rates
Criminal Defense: Entrapment - A Criminal...